Everyone loves brunch. With delicious options like Eggs Benedict, French toast, classic eggs and bacon, it’s a decadent, leisurely meal with no shortage of boozy beverages to help wash it down. Brunch is the perfect way to connect with friends and cap off the weekend.

But have you ever paused to wonder where some of those classic brunch dishes come from (and where they got their funny names)? We did, and we’ve certainly discovered some interesting stories to share. Here, we’ll explore the secret history of four brunch favorites which are all available on the Hearthstone Kitchen and Cellar brunch menu: Eggs Benedict, French toast, the mimosa, and the Bloody Mary. It’s guaranteed to give you some fascinating fodder to share with your friends the next time you’re brunching! 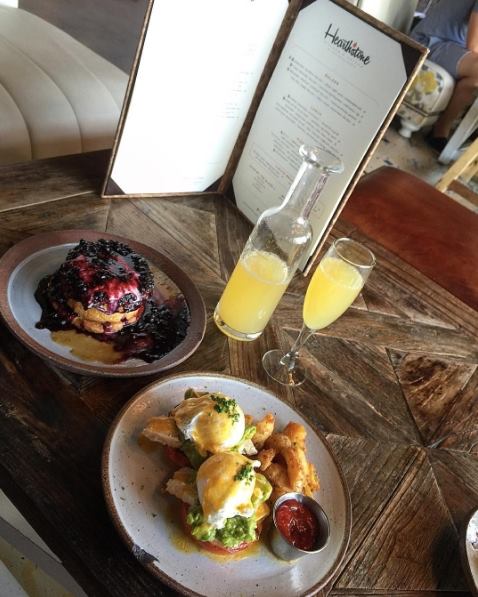 Eggs Benedict. The classic Eggs Benedict is composed of English muffin halves, each topped with ham or Canadian bacon, a poached egg, and a healthy spoonful of Hollandaise sauce on top. While this traditional version is a perennial favorite, these days there are plenty of creative versions of the dish, too. For instance, our California Benedict skips the English muffin and includes chicken, roasted tomato, avocado, poached eggs, and Hollandaise for a delicious and naturally gluten-free variation.

But who dreamed up this heavenly concoction? As the story goes, the dish was dreamed up at the Waldorf-Astoria Hotel in New York in the 1890s, when a (likely hungover) Wall Street businessman named Lemuel Benedict ordered “some buttered toast, crisp bacon, two poached eggs, and a hooker of Hollandaise sauce” for breakfast. The hotel’s esteemed chef was impressed with the concoction, and decided to put a version of the dish, employing Canadian bacon, on his early and mid-day menus.

Clearly, the dish caught on in popularity quickly. By 1896 a recipe for the dish, entitled “Eggs la Benedict”, was published in the popular cooking volume The Boston Cooking School Cook Book. Here, the recipe features English muffins. This was an extremely popular cookbook in its day, so it’s not hard to imagine that after that coverage, the dish became a commonplace offering in the AM hours. Today, it’s hard to imagine brunch without Eggs Benedict.

French toast. Ah, French toast: that creamy, dreamy concoction made from bread soaked in an egg-and-cream mixture and then toasted to golden perfection. Most likely we call it “French” because the dish came to America by way of a French creation called pain perdu, which translates as “lost bread”. Really, though, it’s less lost than saved. Pain perdu was originally a solution for saving dry, slightly stale bread that would otherwise be discarded by soaking it in a creamy custard mixture. The dry bread absorbs the mixture like a thirsty sponge, and once cooked, the bread is simply bursting with sweet, creamy flavor.

However, the French didn’t necessarily come up with the concept of salvaging bread in this way. The earliest known mention of soaking bread in a milk mixture dates back to as early as the 4th century, in a Latin volume of recipes entitled Apicius.

The development of the dish as we know it took some time. There were versions of the dish where the bread was soaked in milk or even wine(!) then cooked; there were versions where it was dipped in egg then fried. It wasn’t until the 1800s that the milky-eggy varieties began to reign supreme.

There is a claim out there that the dish is really an American creation: one story says that a New York innkeeper named Joseph French created the dish in the 1700s, then called them “French Toast”. This claim seems dubious at best, but it is an interesting tidbit. 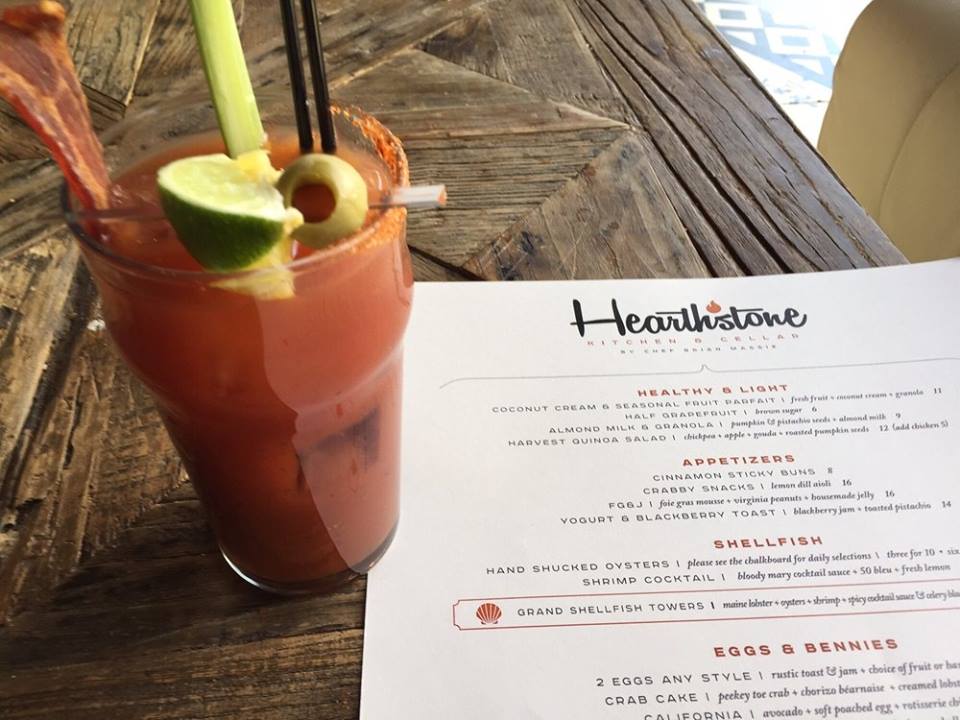 Bloody Mary: It’s not brunch without a Bloody Mary, that fiery tomato juice-and-vodka based cocktail which acts as the canvas for any number of fixings and garnishes and added flavorings. There isn’t one unanimously accepted story behind the creation of the Bloody Mary, so let’s explore a few of them.

The earliest claim is that the drink was developed by a gentleman named Ferdinand (or Fernand, depending on the source) Petiot, who developed the drink in the early 1920s, while bartending at a Parisian bar frequented by the likes of Ernest Hemingway.

However, New York City’s 21 Club also claims ownership with two dueling stories. The first is that the drink was created by one of the establishment’s bartenders in the 1930s. The second is that it was dreamed up by comedian George Jessel, a frequent visitor to the club. This claim at least has some literature behind it: a 1939 newspaper column, which is one of the earliest references to the drink referred to as a Bloody Mary, credits Jessel with inventing a drink made from tomato juice and vodka.

Regardless of who invented the Bloody Mary, its creation seems largely due to the simultaneous rise in popularity of tomato juice as a healthy drink and vodka’s entry and rise to popularity in America around the time of the second World War. 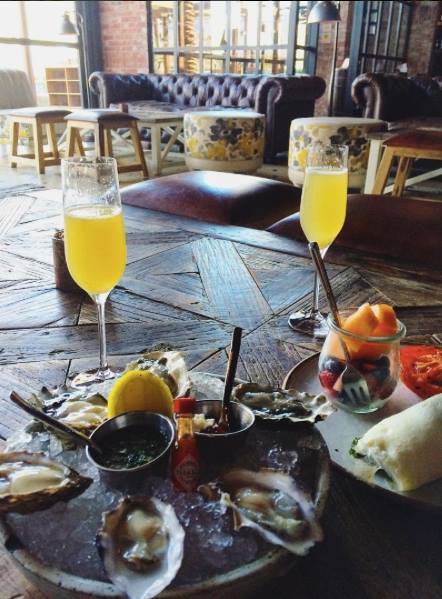 Mimosa: Champagne and orange juice. Alone, both things are great. But when combined, these two simple ingredients are pure liquid magic. So who had the brilliant idea to make a mimosa?

The beverage we know and love as the mimosa is said to have originated in 1925, named after a blossom and created by a bartender named Frank Meier. The issue? The drink bears more than a passing resemblance to another champagne cocktail developed in 1921 called Buck’s Fizz in London. This version of the beverage is made with champagne and orange juice, but in different proportions (more wine). Unfortunately for the Buck’s Fizz, the mimosa was the last beverage standing, although whether that’s because of better flavor balance or a catchier name, we can’t be sure.

But as for a fun fact that got that may have played a part in making the mimosa memorable? Alfred Hitchcock is credited with popularizing the drink after citing in the early 1940s that it was one of his favorites. It’s been a brunch standard ever since.

Conclusion: Everything tastes better with a backstory, doesn’t it? We hope you enjoyed learning about the fascinating lore behind brunch favorites. Now that your appetite is undoubtedly stoked, be sure to join us at Hearthstone Kitchen and Cellar to enjoy these classic dishes at their best.