Pizza is undoubtedly one of the world’s most perfect foods. Humbly composed of dough with simple toppings, it has the power to deliver an almost mind-boggling amount of cheesy, saucy joy. Simple yet perfect, and crowd-pleasing: there’s no wonder it’s a popular party food!

At Hearthstone Kitchen and Cellar, we have a true passion for pizza, and firmly believe that our resident pizzaiola Enzo Esposito is among the best in the world. You must make it a point to come and try his delicious offerings! In the meantime, to fuel your passion for pizza and help you work up an appetite, we’ve assembled some of the most fascinating facts and trivia about one of America’s favorite foods.

How much do we love pizza?

It’s no joke to say that pizza is one of America’s favorite foods. But proof is in the pudding (or in this case the pie), so here are some interesting facts about our intense pizza devotion:

What are the most popular toppings?

What’s your favorite pizza topping? If you said “pepperoni”, you’re in good company: turns out, the salty, thin-sliced meat is America’s most popular pizza topping, superseding even cheese pizza. According to data collected from thousands of restaurants in the United States and Canada, the top 10 pizza toppings are as listed below. 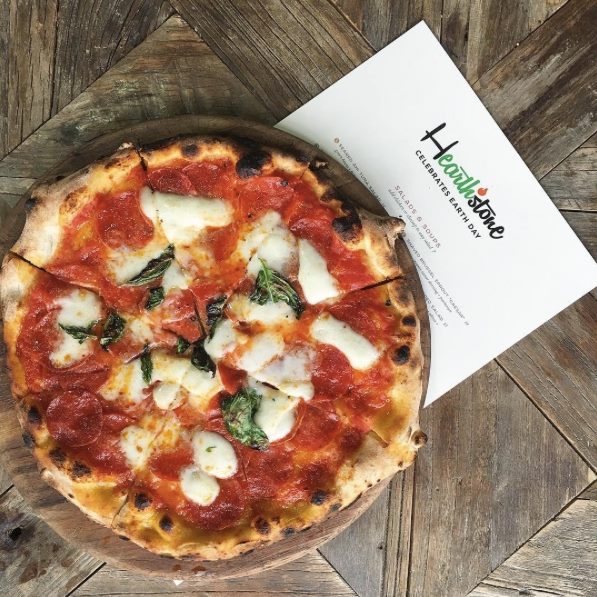 Oh, the lengths people are willing to go for the love of pizza! Here are some true tales of pizza extremes.

Pizza is a beloved cultural icon. It has played a supporting role in many films and TV shows, including (but certainly not limited to) Fast Times at Ridgemont High, Mystic Pizza, E.T., Space Balls, Do the Right Thing, Wayne’s World, Eat, Pray, Love, and Teenage Mutant Ninja Turtles.

Oh, and pizza has inspired music, too. Who could forget the memorable line “when the moon hits your eye like a big pizza pie…that’s amore” from Dean Martin’s song That’s Amore?

Need some ins-PIE-ration? Look no further than these quippy quotes about pizza.

“Pizza is like the entire food pyramid!” – Madeline Oles

“Life is mostly pain and struggle; the rest is love and deep dish pizza.” – Benedict Smith

“I love pizza, meaning: Even when I’m in the middle of eating pizza, I wish I were eating pizza.” – Jandy Nelson

“There’s very little in my world that a foot massage and a thin-crust, everything-on-it pizza won’t set right.” – G.A. McKevett

“My love is pizza shaped. Won’t you have a slice? It’s circular, so there’s enough to go around. ” – Dora J. Arod 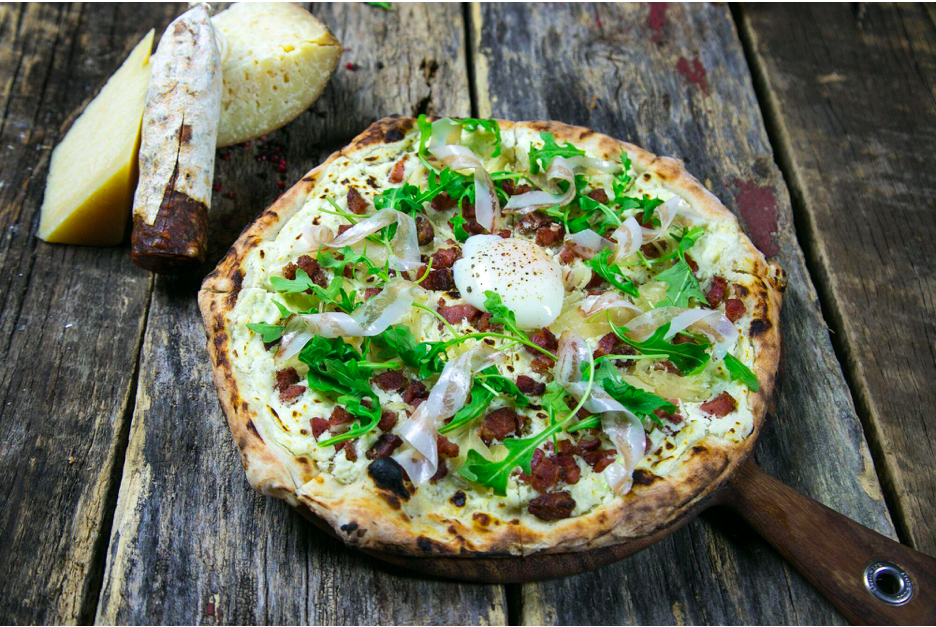 When is the best time to eat pizza?

When do you like to eat pizza? Not that there’s ever a wrong time, but here’s a little roundup of some data on the best times–of day and of year–to enjoy a pie.

Conclusion: There’s a lot to love about pizza. Its universal popularity has made it not only a beloved food but a cultural icon. Taste the magic for yourself at Hearthstone Kitchen and Cellar, where we feature a pizza for all appetites, from classic pepperoni to creative varieties like short rib meatball and truffle chicken.

What’s your favorite type of pizza?