Sometimes, the simplest ingredients can yield the most soul-satisfying finished dishes. If you need evidence of this fact, look no further than the humble sandwich. They act as proof positive that bread and fillings can be combined in a staggering number of delicious ways to create some of the most classic and beloved meals.

At Hearthstone Kitchen and Cellar, we celebrate the sandwich, and offer creative yet classic variations on varieties including the French dip sandwich, grilled cheese, the hamburger, and the lobster roll. To help get you in a sandwich state of mind, here we’ll take a savory expedition back in history to look at how and why some of these sandwiches are considered such culinary icons.

What it is: This hot sandwich starts with thin slices of tender beef stacked between a sliced long French roll or demi-baguette. What really makes it different from a regular old beef sandwich, though, is that it’s dipped in the pan drippings remaining from cooking the meat. Sometimes the bread is dipped in the mixture before serving; others choose to serve the juices on the side (this is referred to “au jus”). At Hearthstone, our hearty variation includes prime rib, caramelized onions, horseradish cream, and of course, that irresistible jus.

Where does it come from? Actually, the French dip sandwich is an American creation. However, its creator, Philippe Mathieu, was French. He was the owner of a restaurant/cafe called Philippe the Original in Los Angeles, which opened in 1918.

As the story goes, Philippe was making a beef sandwich and accidentally dropped the roll into the roasting pan full of drippings. Apparently, the policeman still accepted the sandwich, and was delighted by the flavor. When he came back the next time, he brought friends to try this magical meat sandwich. In 1951, the location of the restaurant moved, but the operation has run continuously since, and the sandwich has become an international sensation. 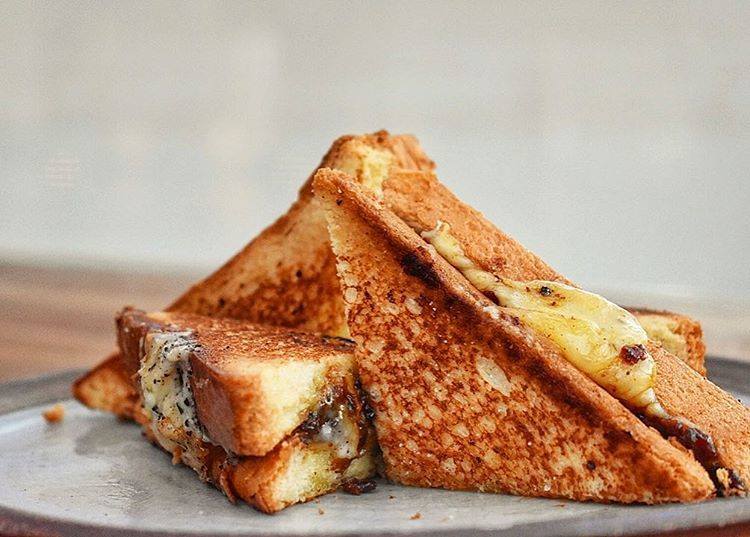 What it is: A grilled cheese is made with cheese sandwiched between two slices of bread, which is heated in fat on a skillet until the bread becomes toasty and the cheese becomes melty within its carbohydrate bookends. While many Americans might instantly think of a construction involving white bread and American cheese as the classic version, there are truly infinite variations of this sandwich available. Grilled cheese can truly be exquisite when made with fine ingredients: at Hearthstone, we make ours with truffle gouda and bacon onion jam, sandwiched on Texas toast.

Where does it come from? The idea of combining carbs and cheese is nothing new: it has been done as early as ancient Roman times. However, the modern grilled cheese as we know it owes a lot to two separate occurrences which occurred at roughly the same time. The first is the invention of sliced bread, which might be the greatest invention since…well, you know. The second was the development of processed cheese. This easily transportable version of  cheese made it a common food, and it didn’t take long for enterprising cooks to combine these two concepts to form the classic sandwich. It was a cheap, filling food, and gained traction during the Great Depression and World War II. It caught on in casual eateries and diners, and today it’s a classic comfort food. Whether enjoyed as a meal or a happy hour accompaniment, it’s bound to bring a smile to your face. 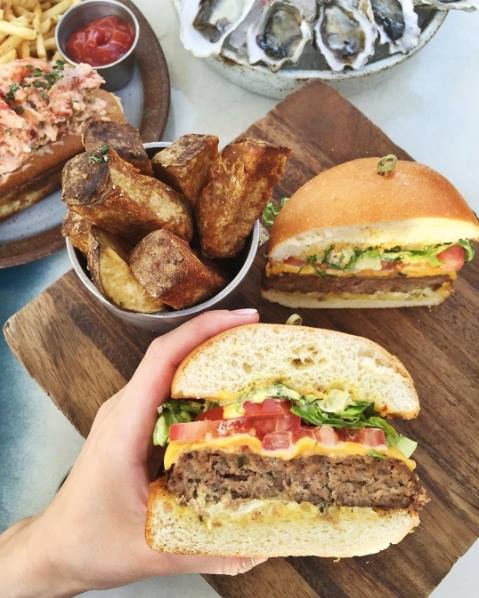 What it is: A hamburger starts with a portion of ground beef, usually formed into a disc, which is cooked and sandwiched on a soft bun, and may be served with cheese and various condiments. The version at Hearthstone is truly spectacular, and is served with pimento cheese, pickle sauce, onion, lettuce, and tomato. For an extra-gourmet treat, add an egg or bacon or both!

Where does it come from? To consider the history of the hamburger, you actually have to travel all the way to Asia. In the 18th century, German explorers noticed that in Asia, travelers would store meat in their saddle bags as they rode horses; the pressure of riding would tenderize the meat, making it ideal for consumption later on. Germans adopted that concept in the kitchen (no horses necessary) and it took off particularly in the Hamburg area. When they began to immigrate to the United States, they brought this method; the meat was referred to as “Hamburg style” meat or steak.

It didn’t take long for Americans to do what they do with culinary concepts: adopt and adapt. In the case of the hamburger, it was only a matter of time before it was turned into a convenience food! But as for who decided to put the burger on a bun…that part remains a mystery. Numerous account detail versions of the same basic story: an enterprising food provider realized that selling meat between slices of bread made it a highly salable fair or event food, and sales skyrocketed. While there are seemingly endless number of stories like this, a few in particular seem to carry the most weight, and all of them occur in the latter 1800s or early 1900s.

One version claims the first to sandwich the burger between bread slices was a teenaged food vendor entrepreneur named Charlie Nagreen of Seymour, Wisconsin; another cites that it was brothers Frank and Charles Menches from Akron, Ohio, who opted to serve the sandwich while selling concessions at events; another states that Oscar Weber Bilby first offered hamburgers on bread on first on his Oklahoma farm, the popularity of which spawned a hamburger stand; yet another claims that it was a luncheonette in Connecticut, Louis’ Lunch, that first created the burger as we know it.

Since we didn’t have the internet to help food concepts go viral in the late 1800s, it’s possible that multiple people independently came up with the same concept; it was undoubtedly a good idea, so there’s no wonder why the burger between bread became popular. Regardless of who invented the hamburger as we know it, it has become an enduring legend. 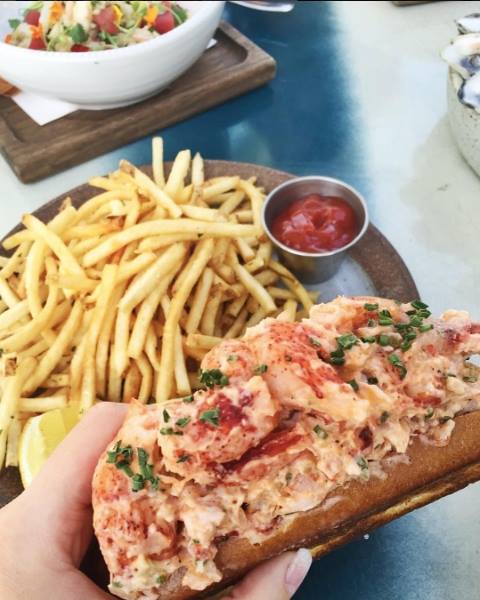 What it is: The simple answer is that a lobster roll is chunks of lobster meat served on a roll. However, once you begin to explore the preparation and style of each ingredient, things get complicated. There’s much impassioned debate about the details, including what type of roll is superior, whether or not the roll should be toasted, whether the lobster should be cold or hot, and how it should be dressed. At Hearthstone, our favorite variation includes luscious lobster meat served with brown butter aioli and a soft brioche bun.

Where does it come from? While the lobster roll is probably most closely associated with Maine, there’s actually strong evidence that it was created in Milford, Connecticut. According to Jahn Mariani’s volume Encyclopedia of American Food and Drink, an establishment named Perry’s began serving the lobster roll as early as the 1920s. Apparently, at this establishment, when served warm the sandwich was called a lobster roll; when served cold, it was called a lobster salad roll. Whether inspired by the Connecticut creation or dreamed up independently, versions of the sandwich began cropping up in seaside resort towns with great ubiquity in the 1960s, being sold at roadside stands and restaurants from Long Island to Maine. It’s likely that the Maine association is strongest due to the state’s strong association with lobster.

Sandwiches are not merely a delicious food, but they showcase a strong reflection of our melting pot nation. We hope that you’ve worked up an appetite reading about the history of these four sandwiches; now it’s time to eat your way through history (and the menu) at Hearthstone Kitchen and Cellar!